Haven’t had much time for blogging lately due to a new job but have given it a lot of thought with so much material to read and absorb. Will hopefully find more time over coming weeks for posts on the recent election in New Zealand, US mid-terms, by elections in NSW as well as current contests in Victoria and the ongoing saga of a federal budget whose passage seems to be the political equivalent of the 80s classic ‘Never-ending Story”. 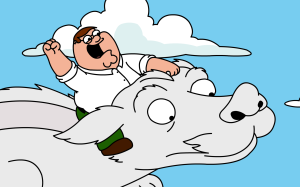 Today I feel compelled to put some thoughts on paper (or keyboard?) following two recent culturally significant events that had some personal meaning: Remembrance Day and the funeral of Gough Whitlam.

I’ve previously mentioned the importance of cultural context in campaigning techniques. Last night I noticed our PM was copping a bit of flak on twitter (nothing unusual there) regarding his recent threat to “shirtfront” Vladimir Putin as well as his recent commitment to send Australian troops back into the Iraq. Yes, that same quagmire created by Bush/Blair/Howard when they invaded and destroyed a largely functioning nation in 2003. I recalled Mr Abbott was also recently found guilty by the Insiders panel of conflating crimes in Western Sydney and the threat of  Terrorism from “ISIS’, or “Daesh” as they are called by their local enemies. So following the twitter ruckus I was keen to see what recent statements he may or may not have made that were embarrassing to him or the nation. Disappointingly there didn’t seem to be any recent zingers or clangers. In fact the video statement he released for Remembrance Day was well-written and relatively-speaking, well-delivered.

It was a big improvement on his last video about past wars when he inexplicably conflated the anniversary of the D-Day landings in Normandy with his economic fight “to cut tax” and “open Australia for business” on big projects (obviously ignoring recent raises in petrol tax, the implementation of a new tax on the sick, and decisions to prevent foreign investment in Australian business).

There’s a good write up including some of the more memorable tweets here.

It’s also a shame the Remembrance Day statement seemed to be overshadowed by his recent decision to cut wage increases for the Australian armed forces. Tasmanian PUP Senator Jacqui Lambie even botched together a meme of sorts (presumably using powerpoint?). Despite the poor layout, it conveyed an effective message about the PM’s attitude to the wages and conditions of the service men and women that were often tasked to join him in Putin-like photo opportunities. 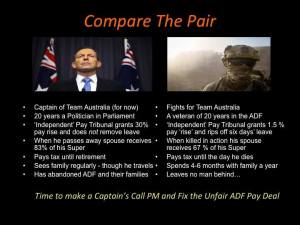 There were also no shortage of anti-Abbott memes quick to take the opportunities presented by numerous public photos of the often media-shy PM. Just google (images) Abbott+Putin+meme for big laughs, especially if you’re a Trekky.

What is most disappointing though is that there have been more memorable Remembrance Day speeches made in the recent past. PM Abbott is yet to capture the vision for our nation or pride in the Australian people that is expected from a national leader. Compare and contrast Keating’s speech from the 2013 Remembrance Day about Australians who have lost their lives in war. Sadly the video has been removed on this website.

My favourite parts include:

“By 1915 we had no need to re-affirm our European heritage at the price of being dragged to a European holocaust. We had escaped that mire, both sociologically and geographically. But out of loyalty to imperial Britain, we returned to Europe’s killing fields to decide the status of Germany, a question which should earlier have been settled by foresight and statecraft.’ and
“One thing is certain: young Australians, like the young Europeans I mentioned earlier, can no longer be dragooned en masse into military enterprises of the former imperial variety on the whim of so-called statesmen. They are fortunately too wise to the world to be cannon fodder of the kind their young forebears became: young innocents who had little or no choice. Commemorating these events should make us even more wary of grand ambitions and grand alliances of the kind that fractured Europe and darkened the twentieth century. In the long shadow of these upheavals, we gather to ponder their meaning and to commemorate the values that shone in their wake: courage under pressure, ingenuity in adversity, bonds of mateship and above all, loyalty to Australia.”

Keating’s 2013 speech was similar to his 1993 speech as PM, the audio of which is available here.

Speaking of great speeches, there was an amazing one last week by Noel Pearson at Gough Whitlam’s funeral service. Much has been written about it already.

Here’s the full text of Noel’s eulogy to Gough. And here’s the video:

Anyone interesting in politics and political craft appreciates a great speech. But what makes a great political speech? It’s worth looking at a couple more to try and see what’s in a great speech, and its often art as much as science. A favourite example is Keating’s famous Redfern Speech from 20 years ago. Here is a full transcript of the speech.

And here is some analysis that helps put it into context and explain the significance of its parts.

And here is some video to relive the moment:

Another favourite worth dissecting is Barack Obama’s famous speech at the 2004 American Democratic National Convention when he retold, eloquently, the story of his personal journey (which is described in much greater detail in his best-selling books).

The transcript of that speech can be read here along with some detailed and interesting analysis about its contents.

And here’s another favourite (sadly without analysis).

and just to get back to the original point about cultural context here’s a local favourite that every Australian child should read, listen to and learn! My Country Read by Dorothea McKellar.