It’s no secret that I enjoy Peter Brent’s frequent musings on modern Australian politics. He has an entertaining acerbic wit and dry sense of humour that he is renown for amongst fans of Aussie politics. He sometimes strays with his obsession about certain politicians that he seems to personally dislike but by and large his analysis of election results and polling is very good.

Here he muses about a recent speech my Michael Cooney, from Labor’s Chifley Research Centre…

The full article can be found here on the Inside Story website (worth subscribing to) and is definitely worth a read, particularly if you’re interested in recent Labor history and the false image/myth created around John Howard’s electoral success (which Peter has repeatedly and correctly pointed out was due in part to favourable economic times and enormous middle-class welfare and high-spending high-taxing policies).

“A Labor think tank has given a timely warning about the seductive appeal of triumphs past, says Peter Brent … Last month in London, Michael Cooney, executive director of the Labor Party’s main think tank, the Chifley Research Centre, called for an end to what he termed “nostalgia for the new.” In a speech called “In the Shadow of Giants: the Paradox of Modernisation in the Second Generation,” he took particular aim at the obsession within his party with the Hawke and Keating governments of 1983–96, and the implication that this politically successful period can serve as a blueprint for Labor today. Cooney characterised nostalgia for that period – the belief that if only the spirit of those times could be recaptured, all would be well – as a one-dimensional view of the recent past. Beginning and ending with “microeconomic reform,” this account was constructed by the party’s enemies, he argued, with the chief aim of flaying modern Labor. Yet it’s also something many in the party have internalized.”

I really liked this point from Peter, which is an important lesson for political strategists and local campaign directors: “Trying to repeat the past is a recipe for dysfunction. Apart from anything else, any account of what happened is incomplete, selective or just plain wrong. History is often like that: the stories that develop through the years contain truths, yes, but also omissions, exaggerations and falsehoods. Random events sometimes alter the course of those tales, and as they are retold they are remoulded by ideological battles.”

Peter ends this episode with a positive note about Labor (as positive as his overt cynicism allows I suspect 🙂 … “the party will undoubtedly return to office one day. How it behaves when it once more controls the levers will indicate whether the current ailment is temporary or something more enduring.”

My opinion on this topic is obviously optimistic. Having just spent 5 years working in the ACT Labor office I have seen closely the positive outcomes from a hard-working team of representatives and supportive party members. Whenever Labor embraces its values and follows through with team-work it always improves outcomes in government and in the community. There are no silver bullets in politics and occasionally you are under heavy enemy fire, but the progressive side of politics must be united and focused on a better future to succeed. There are lots of good examples of the successes of good Labor policy and government in recent Australian history as well as in current governments in SA and the ACT. I’m sure federal Labor’s electoral success will return with a vengeance and I am confident that Bill Shorten will continue to score goals strengthening the Party for its next electoral test.

Anyway, enough about Labor, Peter’s latest post on the likelihood of the Queensland Premier losing his own seat at the next Queensland State election is a cracker! The answer to the question of “will he survive” is “probably no”! 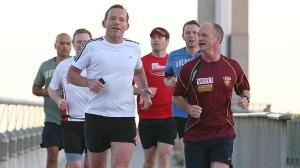 This entry was posted in Interesting blogging from someone else and tagged abbott, brent, chifley, Cooney, howard, michael, mumble, newman, peter, research.

A couple of weeks ago I published an interesting interview with famous Australian Psephologist Malcolm Mackerras. At the end of the interview I asked him for some suggestions about other psephologists or election specialists that I should add to my list of interview targets. One of his highest recommendations was Peter Brent, who Malcolm seemed to be very fond of. I have met Peter several times over the last decade or so, usually at political science conferences and seminars around the country. I also got to know Peter while he was still working on his PhD thesis at ANU on the topic of the AEC “The Rise of the Returning Officer”. He reminds us all about the very unique creature that is the AEC which, as Australians, we should all be very proud of (despite what Clive Palmer suggests).

I also developed a bit of respect for Peter over the years as I watch him regularly deal with armchair electoral generals (initially mainly through his blog and then, as it became a mainstream medium, through twitter) with his standard straight-bat dryness and sarcasm. He’s a real sensation on twitter and you should all follow him immediately, although I suspect if you’re reading this many of you already do. BTW I’m not the only one who thinks Peter has a particularly dry wit as the following tweet attests.

@mumbletwits Yes, a plug for Mumbles in there. “Dry cynicism”…. You think?!! It’s sometimes so dry it shrivels my brain.

Also, to hammer the point home, when I asked Peter to provide me with his preferred portrait for the interview, this is what he sent:

So tell me about yourself. Who are you in a nutshell? Left-brained, observant, neurotic.

Where do you live/work/study/teach? Canberra, from home and parliament.

What compels you to write and research about politics?  It’s an illness. I used to suffer more from it. I don’t consume as much political news as I once did, which is kind of ironic, or paradoxical, as I now write about it for public consumption.

What do you love about politics?  Not much, particularly the Australian version. I used to believe it was superior to, for example, American and British politics, but no longer do. Not sure if this is chiefly due to changing perception on my part or changing reality.

Is there anything you don’t like about modern politics? Lots. The adversarial nature, Question Time is a travesty. The profession of politics encourages some people to misrepresent what opponents have done and misrepresenting their positions. For some, it must corrode the soul; you would not be a politician for quids. This no doubt applies across most democracies, but probably particularly so here. Like many, I think the parties’ obsession with polling and research is a problem. Labor seems particularly afflicted with WestWingitis. Just between us, party polling gurus are not as clever as the political class believes.

Compulsory or Voluntary voting? Voluntary, but I don’t feel strongly about it. There are ok arguments either way. Compulsion is I think too coercive and I don’t think the benefits outweigh the negatives. If we got rid of compulsion, turnout would drop and we’d get a better idea of the level of political engagement, at federal and each state level. That’d be a good thing.

Who are your favourite writers? Don’t have any. When I was young I loved Orwell, like many. (Still like him!) My reading tastes are more low-brow than they used to be. For example, I always snap up the latest Michael Connelly book.

What are your favourite websites and news sources? Oh … you know, this and that. This week I downloaded and sent several long reads to Kindle from New Yorker magazine.

What’s the first thing you do each morning? Computer on (if off). Coffee on. Feed cats if first one up. Sit at computer. Write. I used to listen to Radio National Breakfast but now this is my prime writing time and the radio would be distracting. A great pity.

What is your one recommended must-read for aspiring psephologists? Read more on electoral law, something I don’t do enough.

What’s your favourite political movie/book/documentary/TV series? Sorry, another “don’t have one”.

But in the late 1980s I loved “A Very British Coup”, watched it several times on video. Ray McAnally fantastic as a Labour PM from Yorkshire. It would be very dated now. Primary colours was an enjoyable book—and movie. Wag the Dog was good. Haven’t see the US version of House of Cards (the UK one a couple of decades ago was pretty good, not fantastic imo).

As a rule I no longer read political books—that is bios and memoirs—because I’m much more cynical about the process—all that that backscratching and three-act storytelling (which is prevalent in political journalism per se).

Having said that, Don Watson’s ‘Recollections of a Bleeding Heart’ was a ripper, albeit overwritten. Perhaps the last one I’ve read. No, someone gave me the Latham Diaries and I read that. And I bought Lindsay Tanner’s book; it was ok. (Speaking of that book, I am regularly surprised at what I perceive as an absence of electoral perception—an understanding of what makes voters do what they do—from senior political players. Well, they don’t see things the way I do. Most don’t I suppose.)

What are you currently reading or working on? Kindle currently has two books: “My Promised Land” by Ari Shavit and a biography of the Beatles. (First book I’ve read about either.)

I should also ask why are you interested in electoral behaviour? My brain is possibly a bit deformed. At school I was very good at maths. In one aptitude test I scored in the top couple of percentiles in maths but actually below average in English comprehension. Then I began a science degree but kind of bombed out and left uni. A few years later I went to uni and studied Arts; I became interested in politics, addicted really, including the electoral side. Contemplating two-party-preferred, playing with Malcolm Mackerras’s pendulum.

My statistics skills are quite limited though.

Being comfortable with numbers might lead some people to be susceptible to numerical explanations of electoral behaviour, but in my case it’s had the opposite effect: I have little time for “analysis” along the lines of, for example, claiming such-and-such is worth X per cent of the vote. I detest that stuff.  Of course events and personalities matter, and in theory their influence on outcomes are quantifiable, but humans’ tools are way too flimsy to do it and it’s dishonest to pretend otherwise.

His most recent writing can be found here on his blog. 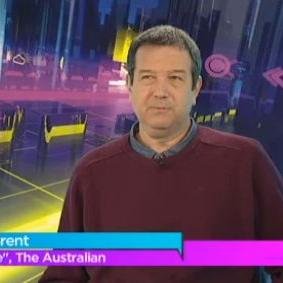